Smartphone subscriptions will grow from 8.7 million in 2018 to 11.7 million (or 71.6 per cent of total handsets) by the end of 2023. Growth will be mainly driven by the increasing availability of smartphones, as operators’ offer device-bundle plans with various payment options. For instance, Movistar Ecuador currently offers up to 18 monthly instalments on all mobile devices.

Meanwhile, the ongoing 4G LTE/LTE-A network expansions by operators are boosting wireless data services. For instance, Claro is seeking to strengthen its wireless networks with the launch of LTE-Advance service in April 2018, which offers up to 50 per cent higher browsing speed than 4G LTE for services such as online games and streaming videos. The network will initially be available for users in Ambato, Babahoyo, Quito, Guayaquil, Machala, Ibarra and Quevedo. 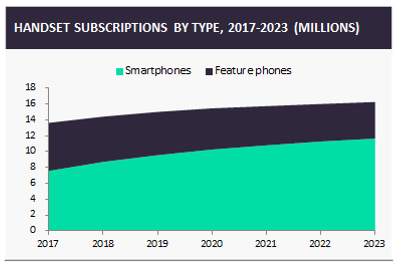 Insights into attacker activity in compromised email accounts A speciali…

In February 2020, UKCloud in partnership with Censuswide, surveyed more …

FPT Software offers full lifecycle services for its customers, including…

For many businesses, the last few years have changed the information sec…

In February 2020, UKCloud in partnership with Censuswide, surveyed more than 300 IT professionals and business leaders from a variety of public sector organisations to determine the state of cloud …

For many businesses, the last few years have changed the information security landscape significantly. New data privacy regulations require increased compliance and diligence, with significantly he…

For decades the primary focus of IT security all over the world has been to secure the network. However, this “inside the firewall” thinking ignores the obvious truth of doing business today: ‘the …