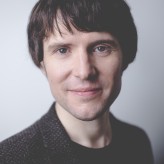 Martin Bryant is the first community editor of Tech North, part of Tech City UK, which brings together and promotes technology companies in the North of England

“Martin, you bang on about the North but it’s never going to beat London is it?”.

I’ve beaten the drum for the technology sector in the North of England a lot in recent years. That’s both now, as the profile of the region is rising, and as far back as 2009 and 2010 when many people thought even London was punching above its weight trying to be known as a ‘technology city’.

A few years ago I began to wonder why Manchester, birthplace of computing, home to thousands of creative and technically skilled people and an inspiring place to live, wasn’t producing lots of great tech startups.

As a tech journalist based in Manchester who mainly wrote about companies from the US, I wanted more to talk about closer to home. And then I started to listen more, look around more and explore.

I visited the thriving scene in Newcastle and I chanced upon people building successful technology businesses large and small all over the North.

Relative Insight is doing clever things with language analysis in Lancaster, while in Middlesbrough, Evaluagent is making call centres fun places to work.

The more I talked to people, the more companies I uncovered.

The Northern Tech Awards grew year after year, as international investment bank GP Bullhound embraced the event. It highlights the most successful companies and even, dare I say it, unicorns, from across the North.

Meanwhile, Manchester’s own tech sector began to grow. Agencies started to spin out product companies. Young people fresh out of university and experienced technologists alike decided to give startup life a go.

Companies like Formisimo, Wakelet and Reality Mine became the talk of the town – and they were just a taste of what the city had to offer. Suddenly I had world-class stories to tell in the North of England. I simply had to go and look for them.

And that’s when it clicked, the North had technology but it didn’t have a narrative. The London-based media had enough tech to write about within the M25 and the Northern media didn’t have the resources to cover technology in depth.

And the entrepreneurs, often blessed with a ‘hard work, no fuss’ attitude, didn’t think that telling their story was a priority – developing a product and selling it was far more important.

Finding great companies can often be difficult simply because they’re not that bothered about being found.

My new job at Tech North is to fill the gap and tell that narrative. But not in a flag-flying, blindly celebratory way. For the North to have international credibility, it needs to be honest about where it can do better.

To help identify the opportunities and challenges at hand, Tech North commissioned the Digital Powerhouse Report, out today. It finds that greater collaboration between businesses, organisations and individuals is key.

The report give lots of examples of where collaboration is already reaping rewards. I encourage you to take a look through it for some great examples of what the North offers, from Liverpool’s smart city expertise to Leeds’ pioneering healthtech initiatives and beyond.

Taking us back to that ‘London’ question at the beginning, though… The North doesn’t need to ‘beat’ our capital city, what we have is a complementary offering with its own specialisms and approaches. There’s a lot happening here and I passionately believe in its potential.

The Digital Powerhouse Report shows how it can offer even more for Northerners, the whole of the UK and indeed the whole world.

This short, easy-to-read analyst report by 451 Research provides their v…

The vast majority of public sector IT remains in traditional, non-cloud …

The internet allows you to connect to potential business customers anywh…

This short, easy-to-read analyst report by 451 Research provides their view on the  importance of backing up your Office 365 data.

Read this white paper to find out five ways that you can simplify data protection with  Microsoft Azure, including: Exploring the challenges and use cases driving data protection in Azure Market re…

The vast majority of public sector IT remains in traditional, non-cloud environments. So, to find out why, UKCloud surveyed more than 300 public sector organisations and asked them about the common…

The internet allows you to connect to potential business customers anywhere but how do you best leverage this opportunity to grow your revenue more quickly? Some of the fastest-growing software com…