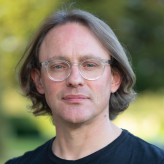 Mark Cridge is chief executive of mySociety, a not-for-profit which builds web platforms that empower citizens worldwide to influence decision-makers. You can find him tweeting @markcridge.

Congratulations to Sadiq Khan: London has a new mayor. After eight years with a mayor asleep at the wheel, we finally have the chance to see what can really be done when the city’s elected head grasps the nettle of leadership and decides to get things done.

The one thing I want to see is the new mayor use his unique mandate to do the same for civic technology and civic participation as has been done for corporate and commercial interests.

London is already renowned as a global hub for tech startups and venture funded innovation. Tech City, for all its detractors, has been hugely successful in galvanising opinion and bringing together organisations, talent and funding to create an unrivalled machine spitting out new tech startups. Now how about doing the same for Civic Tech City?

Civic technology, a growing field led by social enterprises developing new digital tools, allows citizens to better connect with and hold to account those in power. However, from our own research, we see that current civic tech services are not achieving the reach or impact their developers had hoped for: indeed, they tend to be used by those already comfortable dealing with governmental agencies.

The new mayor has a timely opportunity to establish London as the civic tech hub for the world, allowing more people – including those from excluded and marginalised groups – to participate in the civic life of their city.

As noted by Will Perrin on Talk About Local, in his swearing-in speech Mayor Khan said ‘‘I am determined to lead the most transparent, engaged and accessible administration London has ever seen”. So what would this mean in practice?

Firstly: start by getting your own house in order and making the London Assembly a beacon for openness and transparency. Sadiq, you should use the appointment of your Chief Digital Officer to put into practice the many great ideas that are already being employed by the most forward-thinking cities.

As Will suggests, a good place to start would be by clearing the massive backlog of Freedom of Information requests made to TfL that are still awaiting a response. Embrace WhatDoTheyKnow.com and that’ll ease the task.

Then, open up the proceedings of the assembly and your administration to your constituents. mySociety has worked long and hard to do that for Parliament on TheyWorkForYou.com  and we’d be happy to help you do the same.

Next step: cohesion. Technology is the key to helping tackle intractable problems such as inequality, air pollution, housing provision and basic skills training.

But the civic tech sector is plagued by fragmentation, limited resources and precarious funding arrangements – lots of small disjointed efforts which don’t always have the positive impact that they could.

By creating the conditions for technologists, policymakers, funders and citizens to come together and collaborate, more concerted efforts can be established. This might mean establishing civic focused co-working spaces and venues, in the same way Civic Hall operates in New York, to bring together the nascent sector and provide the much-needed investment and support for greater impact.

Use London as the lab

London, with its 32 boroughs, is also uniquely placed to be a laboratory for collaboration among local councils. While the Government Digital Service has been transformational for the digital activities of central government, there is a lack of will and momentum to achieve the same goals in local government – an especially urgent task with further austerity measures in danger of hollowing out frontline services.

The mayor is uniquely placed. He can use his soft power and encourage multiple boroughs to work together to appropriately digitise and improve essential local services, cutting down on duplication of effort and saving cash along the way.

A strong and purposeful civic sector is an essential flipside to the commercial and entrepreneurial success of Tech City. Our new mayor has an opportunity to support technology efforts that benefit all citizens of London – and take a leading role in civic participation for the world.

Do you know how much it costs you to perform one hour of service? If you…

As a technology solution provider, how do you know you’re on the right p…

ConnectWise gives you the tools necessary to automate repetitive tasks, …

A Buyer’s Market Managed service providers (MSPs) are here to stay. Their benefits to clients include improved security, cost savings over in-house IT, and better uptime. Unfortunately for MSPs, th…

Do you know how much it costs you to perform one hour of service? If you’re basing your pricing solely on a market-driven strategy, you’re playing a dangerous game. For example, if your costs are $…

As a technology solution provider, how do you know you’re on the right path to success? How can you see where you’re going if you’re in the dark about where you are or how you got there? If your bu…

ConnectWise gives you the tools necessary to automate repetitive tasks, standardize service delivery, hold your team accountable, and manage information, all while helping your business grow. Our s…

Learn how emerging hardware-as-a-service offerings solve many of today’s biggest IT challenges. Today’s competitive businesses want the flexibility to scale and innovate rapidly, to  reduce the bur…